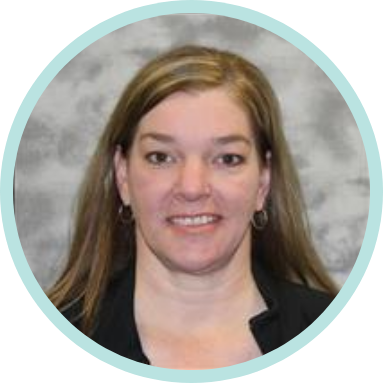 When you spend every day supervising the Emergency Department, you do what you need to do to get the job done. You develop a darker sense of humor and put walls up between your emotions and handling whatever situation flies through your ED doors.

Gretchen Brown started her career in the ED fresh out of nursing school. Someone took a chance and hired her as a new nurse, which quickly propelled her into her a successful career in the ED. Although hiring new graduates in the ED was controversial, she wasted no time in proving herself, achieving the “Rookie of the Year” award in 2001. Now, she is the ED Nursing Supervisor at the University of Kansas Health System and holds both her CEN and TCRN!

One day, in 2014 she mentioned to her mom how incredibly blessed and lucky her family had been. Everyone was healthy, happy and successful. Little did she know an unforeseen series of events would propel her into chaos and change her life forever.

A few months after that conversation, her father was diagnosed with bladder cancer. After quite a challenging time fighting that battle, they discovered the carbon monoxide levels in his home were abnormally high … leading to even more complications. And if that wasn’t enough for Gretchen to handle, her son tore his UCL and her daughter sustained 2nd and 3rd degree burns down her thigh with a boiling water accident. As the year was ending, she was ready for “a beer and a break”.

Almost 4 months later, Gretchen’s father passed away. A few weeks later she received a call from her sister complaining of allergies and shortness of breath – which were alarming for a healthy, non-smoking runner. What she thought were spring allergies turned out to be a 5L tension hydrothorax with mediastinal shift that led to her Stage 4 Lung cancer with mets to her liver and adrenal glands and a small amount noted at L5 diagnosis within the week. She was given 12-18 months to live. The world was certainly ending for Gretchen by now.

While dealing with the loss of her father and the incredibly disheartening diagnosis of her sister, Gretchen was also dealing with the worst sinus infection she had ever experienced. That fall, once things started to settle for her family, she finally took the time to take care of herself and get it checked out. One CT later showed she had a frontal ethmoidal encephalocele. Usually a southeast Asian birth defect, Gretchen’s frontal lobe was falling into her sinus cavity. She had brain surgery and took nine weeks off work to recover. Surely her family had dealt with enough by now.

In 2016 her daughter began community college classes and her son was gearing up to graduate from high school. Her sister was winning her battle against lung cancer with chemotherapy every three weeks. She had fully recovered from her brain surgery and life was resuming a sense of normalcy. In May her sister complained of a headache that lead to the discovery of mets to her brain. The same neurosurgeon that worked on Gretchen’s frontal lobe would perform a craniotomy and radiation directly on her sister’s brain. Her sister’s surgery was successful, and she continued to fight a winning battle against cancer.

At this point, Gretchen’s daughter Leah decided to join the navy and her son had started college as a football player. The end of 2016 and most of 2017 proved to be uneventful for Gretchen and her family.

On the morning of October 1, 2017, at 1:47 AM Gretchen’s life changed forever. Her daughter’s best friend Courtney called her frantically. Leah had been shot.

The girls had been out at a bar in Lawrence, KS and were walking across the street when shots rang out. Courtney turned around just in time to see Leah fall to the ground. She suffered a single gunshot wound to the chest.

Gretchen immediately went into crisis mode. She heard over the phone that Leah had no pulse and her injury was not survivable. She continued functioning, as an ED nurse does and told her husband their daughter had been shot and killed. Over the next several hours, Gretchen’s whole life unraveled before her eyes.

Slowly throughout the morning, the full scope of the situation started to become clear. She had questions. Lots of questions! Why now? Why wasn’t Leah transported? Why didn’t they try to save her? Who did this to her baby?

Five hours after her daughter had been shot her name was already on display across the news. She had been trying to figure out how to tell everyone about what happened. She was met with tons of messages of disbelief and support after sharing the news on her Facebook account and confirming that the girl on the news was, in fact, her daughter Leah.

As she began the process of planning a funeral and handling the plethora of tasks that one is responsible for when someone dies, everything had not yet fully set in. In her daily encounters in the ED she had been faced with relaying heartbreaking news to parents, grandparents, siblings, and spouses that their loved one did not survive. To be on the other side of the tragedy was something she was not quite prepared for.

Thanks to an astounding amount of support, both emotionally and financially, Gretchen was able to take a few months off from work to begin processing what had happened to her and her family. She even got a tattoo to match one Leah had, even though she swore she’d never get a tattoo in her life!

Just two weeks after Leah was killed investigators were able to arrest two people who were involved in the shooting. A few days later, they were able to link all the evidence from the scene and those involved back to Anthony Roberts, the man who had shot Leah. He was charged with two counts of murder in the second degree and one count of murder in the first degree. He has since been served three life sentences in prison.

Gretchen never questioned returning to work after the most tragic event in her life. Leah had been a powerful, determined woman with a mission to live life to the fullest. Gretchen knew she had to carry on that legacy.

She had always been a strong patient advocate, but now she had a new perspective. She was able to connect with grieving families on another level that most nurses could not. She worked with other nurses on her staff to help them handle grieving families and loved ones more empathetically. She also taught her staff more about the importance of evidence collection. It was evidence collected by nursing staff that lead to the conviction of Leah’s killer and was a process they didn’t take very seriously before.

She constantly leads by example and pushes her staff to get better. She is an advocate for patient care, organ donation, certification, and continuing education. One of the things she told Leah before she died was that she was determined to get her TCRN. Leah, thinking her mom already possessed all the nursing knowledge in the world, encouraged her to “just go take it.” In January of this year, Gretchen finally sat for the TCRN and passed – honoring the promise she made to her daughter.

Even through tragedy, Gretchen continues to work towards making the world a better place. She carries on the legacy of her daughter by telling her story and advocating to try and prevent this from happening to anyone else.