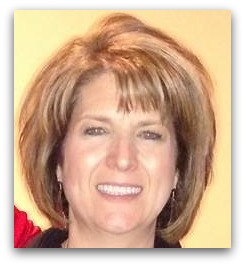 When Beth Whitehead MSN, BS, RN, CEN, CPEN, started her career as a nurse in 1992, she never imagined that working in a pediatric setting would bring her such joy.

“I really dreaded the pediatric rotation portion of my clinicals,” she said. “Then one day, something clicked and I just fell in love.”

That love is what kept Whitehead going as she worked simultaneously at two hospitals – St. Christopher’s Hospital for Children and Abington Hospital- Jefferson Health – from 1997 to 2014.  It was in 2014 when she made the decision to work exclusively at Abington’s Emergency Trauma Center as a Clinical Resource Nurse, a position she currently holds.

According to Whitehead, working at both locations for such a long period provided her with the “best of both worlds” – the opportunity to work with children while maintaining her skills in an adult setting.

“In emergency medicine, caring for the entire family unit is just as important as caring for the child patient, so having experience from both sides is important. But there is certainly a special sense of humility that comes from working with children. Here you have this innocent kid in front of you – who never asked for something bad to happen – and it’s your job to help them feel better. It really forces you to check your ego at the door,” she said.

In addition to maintaining skills, a commitment to continued learning and education is something Whitehead believes is an extremely important part of being a nurse.

“As soon as you join this profession, you sign up for a commitment to life-long learning. In my mind, it just comes with the package.”

Abington encourages continued education for its staff and certification is encouraged for those nurses wishing to climb the clinical ladder. The hospital also financially backs certification, recognizing the value and impact on its Magnet designation status and reputation.

This encouragement, along with some reinforcement from former coworker and mentor, Board of Certification for Emergency Nursing (BCEN®) Chairperson Mary Whelan, is what pushed Whitehead to achieve her Certified Emergency Nurse (CEN®) certification in October 2006.

While it was an important career move to earn the CEN, Whitehead states that earning her Certified Pediatric Emergency Nurse (CPEN®) certification in 2011 was something she did for herself.

“Even though nobody [at Abington] was pushing me to get another certification, I was definitely pushing myself. I felt it was a great validation of my pediatric care knowledge to pass the exam,” she said.

That validation of her pediatric care knowledge has made Whitehead a mentor to many nurses within the department, according to Abington Emergency Trauma Center Assistant Nurse Manager Rosemary Hillman, RN, CEN.

“Other nurses feel comfortable asking for Beth’s help with a sick child because she is recognized as a leader in pediatrics, even though she now works in a predominantly adult ER. Many of the multi-disciplinary teams and committees throughout our health system recognize her expertise. She is a great asset to our department,” Hillman said.

Whitehead takes her mentorship role seriously. With the help of Whelan, Whitehead formed the Pediatric Care Council. This daylong event features seminars from hospital personnel both inside and outside the ER, who are interested in learning about aspects of pediatrics or certification.

Yet when speaking to new nurses at the hospital, Whitehead stresses that the importance is not on earning the certification itself, but on the knowledge gained when studying for and taking the exam.

“I always tell them that no matter what – nobody can take away the knowledge they gain from studying for the exam. Pass or fail, they carry that information with them everywhere and are better nurses for it.”