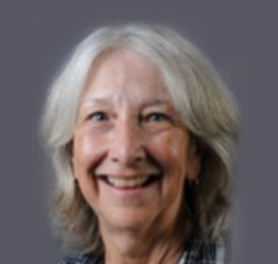 And for Steinmann, it took some time to decide the path was right for her.

Rebecca started her nursing career in the ICU in 1977, receiving her CCRN in 1980 and her Certified Emergency Nurse (CEN®) credential in 1984. “I thought working in facilities that care for adults was where I was supposed to be,” she said.

However, it was while living in Cleveland and covering shifts for other Clinical Nurse Specialists in the pediatric ICU where she ultimately felt at home.

After moving to Detriot with her family, Steinmann looked for a position that allowed her to work with children, but was surprised –and intrigued – when she was given the chance to leave the ICU and instead work in the emergency department in 1982.

“I had never considered the idea before. But I’ve always been a bit of an adrenaline junkie, so the position just fell right into my wheelhouse and I’ve been there ever since,” she said.

Steinmann started work at Lurie Children’s Hospital – formerly Children’s Memorial Hospital – in 2003, but after fearing she was losing her skills in working with adults, left Lurie in 2007 to work in an emergency department that saw both children and adults. Upon deciding that she really didn’t miss working with adults as much as originally thought, she returned to Lurie in 2012.

It was during this time that Steinmann saw the importance of creating a certification geared towards pediatric emergency nursing, believing that certification validates possession of a specialized knowledge base and a commitment to continued learning.

“The reality is that at least 25 percent of the patient volume for emergency department nurses is pediatric. So the [Certified Pediatric Emergency Nurse] CPEN® certification can really give nurses an opportunity to expand their expertise in working with a subpopulation they don’t see as often,” she said.

Steinmann believes in the importance of CPEN certification to the point that she has contributed several years of volunteer service as an Item Writer for the CPEN exam and has been a member of the CPEN Exam Construction Review Committee (ECRC) since 2010. Steinmann is also a current Member-at-Large for the BCEN® Board of Directors.

According to Steinmann, she believes enhancing the promotion of CPEN certification will be important in delivering awareness of the accreditation to the general nursing population.